I’m not sure how many of you know that I’m also a photographer.  For the last ten years I’ve only focused on children and families.  But for the first three years, I photographed everything.  I loved doing artsy prints, landscapes, and macro (where I was getting into the fine details of flowers and bugs).  It was beautiful.  But… I had more fun with little people.  Working with kids brought me joy.  Still, whatever and whomever I’m focusing on, I try to create pieces of art for the families I’m working for.  Hoping that those portraits always bring the parents joy.

Do you have a passion for expression and love having beautiful pieces in your home?  Please read on.  Our guest blogger is a local who seems to have always had passion for art in his blood…

“How did I get into art?….I believe the art in my veins comes from my father, better yet, as i reflect for a moment on these colorful genes, I know it does. The story that continues to dig a trench in my collective memory;  from childhood and onward is the unbelievable notion of the tales told as to how I came to believe the above statement. As it was told to me, I share with you dear reader, Gonzalo Delgado, my father, was a Dada artist at heart. The absurd notions of prankish fun among buddies morphed into something far greater, which would impact generations.
In the 1970’s, as I am told, he and his friends were mail artists, pushing the limitations of what the United States Postal Service would do. I heard tall tales of notes written on paper, and placed in old boots- weighed and stamped and dropped in a random mailbox. I questioned the note rolled up and stuffed in a dead fish’s mouth that found its way to a local post office…correctly weighed and postage. Notes rubber banded around bricks that were weighed and correctly postaged for delivery. He and his friends wanted to see how far they could go and challenge the establishment. Whether it was boredom or the loneliness of third shift security guarded work, I am not sure, but the fascination with postal art grew in diabolical proportions. What came next is only perfected in the mind of the genius.  You see, my father created a fake place, called Hispanic Island, with its own fake holidays, fake historical occasions, fake people, fake national flowers and fake demographic properties. Then, he went about and started drawing his own fake stamps, of this fake place to place on real postal letters; right down to the detail of hand cut decorative edges. His stamps were sent through the postal stamping machine and canceled, becoming collectors items. He did not need to buy his own stamps anymore, he could make his own. His fascination with Hispanic Island gave him regional notoriety….well until that one day.
Again, as it is told and remembered by a five year old child, the FBI and the Post Master General paid a visit to our home. They told my dad, cease and resist doing his stamps or be charged with a felony. My father listened, he placed his fake stamps next to the real ones so that the postage service would continue to cancel mark his fake stamps.
Well, boredom set in again, this time he has to push his creative mind, facing a felony…he thought outside the box, he taught himself how to carve rubber stamps. So he would carve rubber stamps to reflect the commemorative dates, historical events and the like of the fake Hispanic Island and cancel mark his own fake stamps with his own fake rubber stamp cancel mark.
As years went on he continued to be active in international stamp and mail art clubs, serving administrative roles in his later years.
He was  commissioned by the city of Cleveland, Ohio to do a stamp design for the official opening of the Rock and Roll Hall of Fame.
A few years back some of his illustrative envelopes made their way into the National Archive in the Smithsonian Institute’s permanent collection of the United States Postal Service Museum.
I grew up around art, I saw it everyday, it influenced me in ways I would not understand. I eventually would earn a BFA from Kent State University in Ohio and go onto become Museum Curator of Exhibitions at two museums in Houston, TX. My professional career would overshadow my artistic career in volleys as one dominated the other in certain times of my life. I would go onto show my artwork in Texas, California, Madrid, Ohio, New York, Washington D.C., and many other cities in between.
I landed a role as Project Manager at the Smithsonian Affiliate in San Antonio, the Museo Alemeda, which led to more administrative positions elsewhere. For five years I would be employed by J.R. Mooney Galleries of Fine Art, promoted from Social Media Manager and Art Consultant to Gallery Director of the Boerne, Texas gallery location.
In December 2016 J.R. Mooney Galleries of Boerne closed their doors on Main Street. After five years as Gallery Director, I was at a crossroads as to what I wanted to do. I had returned to school in 2015 to become accredited through the International Society of Appraisers to appraise fine art and still had many connections with previous gallery clients. In January 2017, I formed Delgado Consulting and Appraising, this consulting firm allows me to consult with clients about art acquisitions, meet with individuals on appraising fine art for estates, divorce, or insurance; as well as act as a freelance consultant for a variety of needs like marketing and promotion.
From solo exhibitions of my own artwork to securing national acclaim and press of local Boerne artists, my base is secure in my ability to confidently guide those that need my services.
In the midst of all this, I published two fine art magazines. I ran Plumage-TX Art Magazine for two years and later, Contemporary Texas Fine Art Magazine. Overall, during the last decade, I wrote art criticisms and reviews for over 19 publications in Texas. This evolved as well, driving me to create my own magazines and publish the content I wanted to write about. Author, Artist, Consultant, and much more meant I had to split my time writing and creating. From solo exhibitions in San Antonio to a group exhibition at the Drawing Center in New York, to much much more, I would build bodies of artwork that began to be collected.
In Sept 2017, I would have a huge solo exhibition at Gaslyght Modern, run by Gallerieist, James Saldivar.  We would exhibit 86 paintings and drawings and sell 32 on opening night.
This exhibition led to a re-interest in my current work, which would lead to more commissions, and more inquiries. On November 11, 2017, I will have a select showing of new paintings at Laurie Saunders LTD Antiques & Interiors of the monthly, Second Saturday Art Beat.
Laurie Sanders in located at 179 S. Main Street, Boerne, Texas 78006.”
Enjoy the showing: 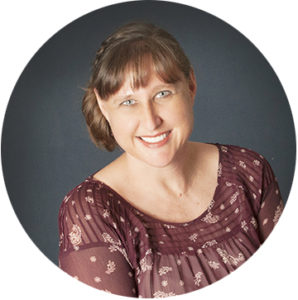